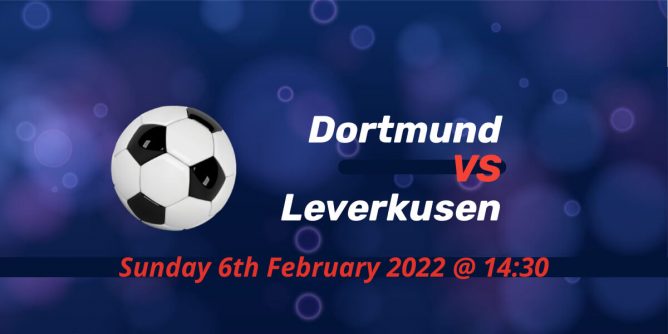 Borussia Dortmund and Bayer Leverkusen lock horns on Sunday with goals expected in bulk whenever the two meet in Bundesliga. Their recent meeting is also not any different as Dortmund triumphed 4-3 in a titanic battle. Dortmund only failed to win once at home while Leverkusen collected more points in their travels than at home in BayArena.

Dortmund started 2022 with a perfect record

It’s not always easy but Dortmund continue grinding out results to stay alive in the Bundesliga title race. They build a new habit of getting wins in a difficult situation under Marco Rose as their sensational home record can be an indication.

Although they’ve been awful in some games away from home, there are games like at Hoffenheim where they salvaged a win unpredictably as they persisted the relentless pressure from Sebastian Hoeness’s side.

With a triple of assists from Donyell Malen, Dortmund quickly forgot their Pokal elimination by the hands of St. Pauli. They now face another big test in form of the free-scoring Bayer Leverkusen.

The match kicks off at 14:30 on Sunday 6th February 2022, and the entire match will be available on Sky Sport.

Leverkusen is unbeaten in 2022

After starting the year with a draw at home against the impressive Union Berlin, Bayer Leverkusen secured back-to-back wins to climb back to third place in the Bundesliga standings.

Gerardo Seoane is building an entertaining side in Leverkusen as he’s one of the best managerial appointments in the German top-flight that saw eight clubs bring new coaches for the season.

Their 5-1 win against FC Augsburg before the international break added more noise to Leverkusen’s project with their mercurial midfielders sharing the scoring burden with talismanic striker Patrick Schick. Moussa Diaby netted a career-first hat-trick against Bavarians.

Goals are guaranteed. Dortmund scored three or more goals in nine of the last ten encounters between the sides that saw 50 strikes in total. There was another 4-3 at BayArena, this time around in Dortmund’s favor, earlier this season. Erling Haaland strikes twice as Dortmund get away with three points in the game they go behind on three different occasions.

Haaland is not expected to be available on Sunday, however. He was injured in the win against Hoffenheim and he will also be joined by Mats Hummels in the injury list. Meanwhile, Gio Reyna could make his return for Dortmund.

Leverkusen get back Odilon Kossonou, but Edmond Tapsoba will not return before the final day of AFCON. Midfielders Julian Baumgartlinger and Exequiel Palacios are on the injury list but Paulinho returned to the side after his full recovery from COVID-19.

Although there is a tradition of goals in this fixture, both Dortmund and Leverkusen would be advised to shore up their defense if there is any hope of ending Bayern’s dominance in German football. The absence of Haaland would certainly boost Leverkusen’s hopes of coming away with a good result from Signal Iduna Park, where only Bayern took points off this season.