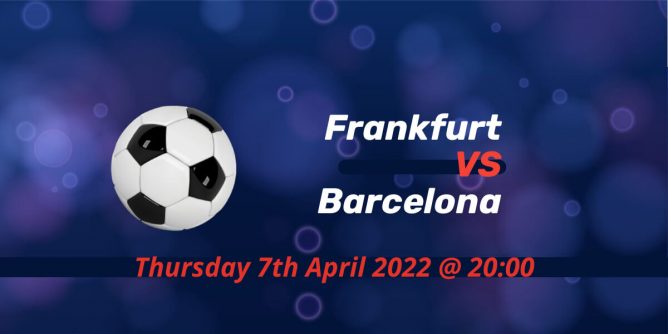 Days after they failed to open up Bundesliga’s cellar-dwellers Greuther Furth, Eintracht Frankfurt host an in-form Barcelona side. Following their back-to-back goalless draws, Frankfurt seem to miss the opportunity of closing on the European places. Meanwhile, Barcelona climbed to second after another massive win against Sevilla.

The first goalless draw at RB Leipzig was promising despite the lack of goal-scoring chances for Frankfurt. They accepted the result as Leipzig has been the league’s best side since the turn of the year.

But Oliver Glasner failed to break the resistance of Furth further hurting their chances of making up for the lost time in the race to continue playing continental football next season.

The former Wolfsburg man insisted it was not the first time his side had no options to open teams that play in deep blocks. They will get a different kind of opponent on Thursday night with Barcelona’s arrival at Deutsche Bank Park.

The match kicks off at 20:00 on Thursday 7th April 2022, and the entire match will be available on BT Sport.

Not least with winter signings and the return of Ousmane Dembele, Barcelona is finding their feat once again with their former midfield architect Xavi on the managerial front taking over from Ronald Koeman.

All his signings have played a big part as Barcelona climbed from nowhere to second in the La Liga table as they beat Atletico Madrid, Real Madrid and Sevilla along the way while still having a spare game in hand.

And they also had strong challenges on their way to a Europa League quarter-final spot as they eliminated two teams who previously won the trophy in its UEFA Cup days, Napoli and Galatasaray.

A very first clash of heads

Barcelona crossed paths with Bayern Munich multiple times, but this will be the first time they will travel to the historic city Frankfurt. Glasner’s men knocked out Real Sociedad in a dramatic game in the previous round.

Stefan Ilsanker and Erik Durm didn’t make Frankfurt’s squad for the knockout stages of the Europa League. Christopher Lenz is absent with a calf injury.

For a similar reason with Frankfurt’s duo, Dani Alves is unavailable. Luuk de Jong tested positive for COVID-19 while defensive options Sergino Dest and Samuel Umititi are out with injuries.

Barcelona is expected to take the initiative

Although the first-leg will be played in Frankfurt, Barcelona would still be the favorite to take the game on its ropes and build an insurmountable lead before the Camp Nou fixture. Frankfurt struggled for goals of late as they failed to score in five of their last seven Bundesliga outings. On the other side, Barcelona won each of the last six La Liga fixtures, not least by scoring four in four separate occasions.