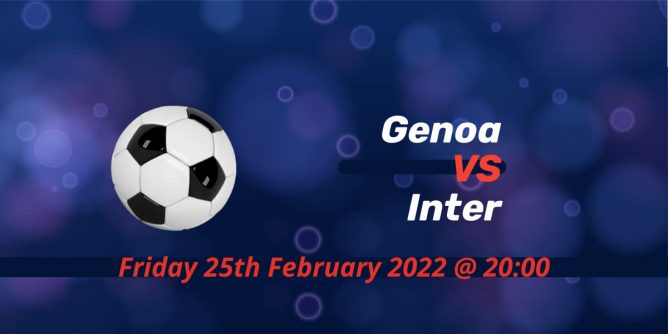 Inter travel to Genoa in the first of the back-to-back Serie A fixtures for Simone Inzaghi’s side. Inter failed to win any of their last three games as a return of a single point from the tricky fixture list leaves the title race wide open. Genoa is still looking for a first win under Alexander Blessin.

Blessin is unbeaten and winless in the first four games

Since Genoa appointed the German coach Blessin, Genoa showed signs of improvements in all areas. But they’re yet to record a first win under the new coach in the battle to avoid relegation.

Two goalless draws against Udinese and Roma followed by 1-1 results in the past two weeks. Failing to beat fellow relegation-threatened sides Salernitana and Venezia forced them to remain in 19th place with only 12 games left in the season.

Summer signing Caleb Ekuban scored his first goal of the season when Genoa salvaged a point against Venezia. The attacking midfielder netted his goal in a game that saw both strikes come before the first half-hour mark.

The match kicks off at 20:00 on Friday 25th February 2022, and the entire match will be available on BT Sport.

After opening up a six points gap at the top with a win against Spezia, Inter failed to win any of the next three Serie A games. Although they still have the Bologna game in hand, their lead at the top is now gone with Milan ahead of them by two points.

There was the usual tension in the derby with Milan coming from behind to record a 2-1 win courtesy of Olivier Giroud’s double. Then the draw against Napoli arrived with Luciano Spalletti’s side showing enough credentials to be considered part of the title race. The defeat against Sassuolo, which came after the midweek home loss against Liverpool in the first leg of the Champions League knockout tie, further fueled a mini-crisis talk at the club who won the Scudetto last season.

25-0 in the last seven meetings

Inter won each of their last seven games against Genoa. They scored 25 goals in total in these fixtures without conceding one in the other end. After three games between the sides without spectators, 27,000 people saw Inter net four against Genoa in the first matchday. Hakan Calhanoglu and Edin Dzeko scored in their Inter debut.

Mattia Bani, Zinho Vanheusden and Roberto Piccoli are all out with injuries from Genoa.

Robin Gosens and Joaquin Correa are doubts for Inter.

Teams at either end of the table

Inter sit second in the standings while Genoa is only ahead of Salernitana. But the hopes of maintaining their title defense for Inter and securing another survival for Genoa are still up for grabs. As such, it’ll be a competitive game between two teams in contrasting form and season goals.