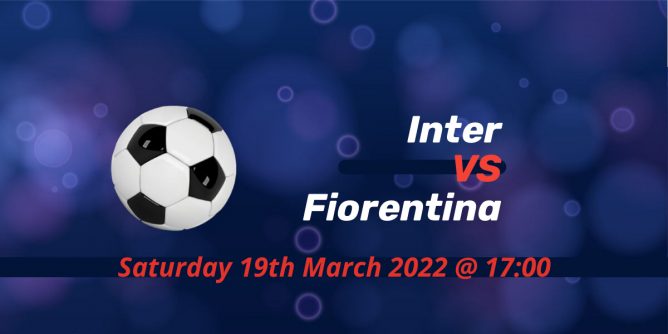 Struggling Inter host Fiorentina on Saturday night as they hope to set their title credentials back on track. Simone Inzaghi’s side only managed to win one of their last six Serie A games. This came after nine wins in their previous ten unbeaten fixtures.

Alexis saved Inter with a late strike against Torino

Alexis Sanchez broke the hearts of Juventus when he netted the winner in the 120th minute of the Super Cup. He was at it again with another late goal last weekend as he equalized for Inter against Torino.

Bremer, who is reportedly close to joining Inter in the summer, opened the scoring for Torino as Inter conceded another scrappy goal in the first half. After coming with a win from Anfield that didn’t save their European stay, Inter looked spineless in Serie A once again.

In the end, Inter is now four points behind city rivals AC Milan as they can’t climb to first place via their rescheduled game. It’s a stark contrast to their impeccable form that had a seven-game winning streak without conceding a goal.

Fiorentina is adapting to life without Vlahovic

While their record departure Dusan Vlahovic took no time to become another instant hit at Juve after a transfer from Fiorentina, Vincenzo Italiano’s side finally settled to maintain their top half of the table status.

Qualifying for European qualification can be tricky after a bad spell at the start of the year for Fiorentina since they lose momentum with Vlahovic’s focus affected since the opening of the transfer window.

But they now picked up ten points from their last five games. Former Arsenal combative midfielder Lucas Torreira netted the only goal of the game as Fiorentina beat Bologna last Sunday.

Inter won each of their last four against Fiorentina

Fiorentina’s summer signing Nico Gonzalez was sent off in the reverse fixture while Inter’s new striker Edin Dzeko was on the scoresheet in a 3-1 comeback victory for the visitors. Inter is unbeaten in their last eleven games against Violas. Nikola Kalinic netted a hat-trick the last time Fiorentina beat Inter in San Siro back in 2015.

Inter will only miss their defender Stefan de Vrij, who is out with a calf injury.

Italiano has his full squad to pick from for their toughest test of 2022.

Inter need to gain back their momentum

Simone’s side looks to lose their momentum since the derby defeat to AC Milan. A 5-0 victory against cellar-dwellers Salerintana remained their only success in their last five games after Milan beat them coming from a goal behind. They also have a tricky fixture against their in-form rivals Milan in the Coppa Italia after a goalless result in the first leg. For Fiorentina, their main target is now to not slip out of the top half of the standings.