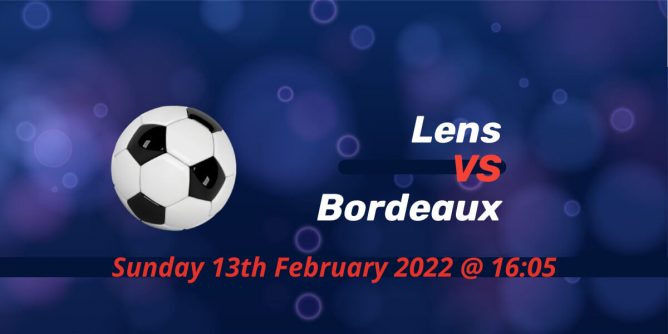 Lens set their sights on getting back to their form when they host Bordeaux in one of Sunday’s stacked Ligue 1 fixtures. Franck Haise’s side showed signs of decline after starting 2022 with a perfect record from the first three games. Bordeaux showed a fighting spirit against European-hopeful RC Strasbourg before a shock defeat to Stade Reims.

Lens face a difficult second half of the season

Haise is Ligue 1’s overachiever coach. Since the composed coach guided Lens to first-tier football, the club continuously punched beyond their heights while playing one of the best football in the division.

It showed time and again this season, but there is always a limit to what they can achieve. It looked like Lens could even dream of a Champions League return based on the early weeks of the season, but Europe could be a far-fetched dream for now.

And, for the second half of the season, Lens will face either top teams fighting for European football or desperate teams like Lorient who play for survival. As seen with Metz and Angers the last term, a midtable position could be dangerous with nothing close to being decided in France apart from PSG winning the title.

Hwang’s hattrick and a masterclass from captain Yacine Adli put Bordeaux back in contention for survival with a sweet 4-3 win against RC Strasbourg after some difficult months with Vladimir Petkovic.

But the former Swiss national team coach could only stay in the job for two weeks. In Ligue 1’s return after the international break, Bordeaux lost to fellow relegation fighting team Reims by a 5-0 scoreline.

With the 6-0 thumping by Stade Rennes in the previous away fixture, Bordeaux showed another sign the club is in turmoil both on the pitch and off of it. Former Reims coach David Guion is expected to be the newly assigned coach at Bordeaux.

Lens picked up all three points with a very late penalty-kick strike from Florian Sotoca. They were 2-0 up before Bordeaux leveled the score after the hour mark with classic Petkovic game-changing qualities. But a handball on the box in his debut for Stian Gregersen gave Sotoca a chance to steal the points home for Lens.

Jonathan Gradit (calf) and Wesley Said (hamstring) could be out for Lens. Haise will have plenty of options both in central midfield and in flank after his decisions to keep Cheick Doucoure and Frankowski on the bench last week at Lorient.

Bordeaux welcomed back all players absent from the COVID-19 infection at the club last month.

Start of the game key for both sides

Lens struggled to start well in all of their 2022 games so far. They’re yet to score a goal in the new year before the injury-time of the first-half. The start of the game will also have a big impact on Bordeaux since they conceded 11 goals in their last two games away from home without a reply.