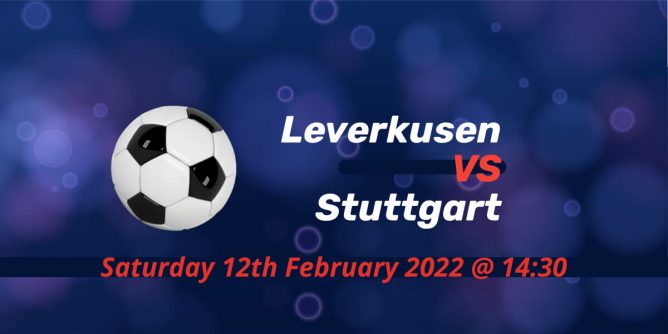 Leverkusen host Stuttgart in one of the early Saturday Bundesliga fixtures in BayArena. The two sides are in contrasting times with Leverkusen scoring five goals in consecutive matches while Stuttgart is winless in six games.

For the first time in the club’s history, Bayer Leverkusen scored five in consecutive matches. The first came at home against FC Augsburg courtesy of a career-first hattrick from Moussa Diaby.

The Frenchman netted the last goal in the weekend when Gerardo Seoane’s side stunned Borussia Dortmund with a 5-2 win. It was an attacking masterclass especially in the first 30 minutes from the guests.

The result also put them within five points of third-placed Dortmund. Most importantly, it created a breathing space from the chasing pack for Champions League spots. Even without their talismanic striker Patrick Schick not in the scoreline, Leverkusen continued to convert their chances with ease.

The match kicks off at 14:30 on Saturday 12th February 2022, and the entire match will be available on Sky Sport.

Stuttgart finally scored but it was not enough for a point

Following five games run without a single goal, Stuttgart finally netted twice against Eintracht Frankfurt on Saturday, but they were undone by super-sub Ajdin Hrustic after the break.

The result left them four points behind the playoff spot. Pellegrino Matarzzo still has the support from the club, but the American coach seemed to spend a tough time steering the club away from relegation.

Too many injuries were the main issue for the majority of the season, although he’s now getting back his first options in every department. Sasa Kalajdzic scoring his first goal of the weekend off of Borna Sosa’s precise delivery brought good memories, however.

One win since 2010 for Stuttgart

Stuttgart also has a horrible record against Leverkusen historically as they only had one win in the last ten meetings. 9 of the last 11 games ended with a Leverkusen win. This includes the reverse fixture where Leverkusen played an hour with ten-man after Robert Andrich, who opened the scoring, saw a straight red card.

Julian Baumgartlinger, Exequiel Palacios and Daley Sinkgraven all returned to training, but the game could be sooner for all of them. Lukas Hradecky could return to the side if he returns a negative COVID-19 test result.

Leverkusen started 2022 outside Champions League places so it’s not a certainty that they will finish in top-four despite the last two exuberant displays. Stuttgart is facing another battle to avoid relegation after their excellent season last time around. Leverkusen is expected to continue their good run in the Bundesliga.