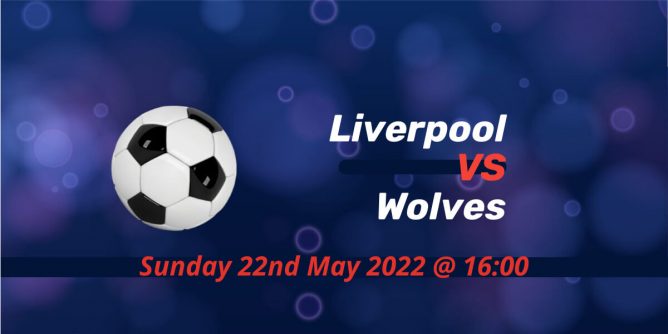 Liverpool host Wolves in the final match of the season while keeping tabs on Manchester City’s score against Aston Villa. Jurgen Klopp’s side took the title race until the final day with a win on Wednesday over Southampton.

Liverpool’s quadruple dream is still on

Klopp’s Liverpool won both the domestic cup competitions in a similar manner against Chelsea. They won the Carabao Cup and FA Cup finals against Thomas Tuchel’s side in penalty shootouts.

And, on Tuesday, they recorded a narrow win with nine changes to the starting lineup. There were no Mohamed Salah, Sadio Mane and Luis Diaz, but Liverpool came from behind with Takimo Minamino scoring the winner at the stadium he spent last season on loan.

Klopp wasn’t happy ahead of the game with the scheduling as he thinks it was fair to play on Thursday-Sunday, but his squad does the job. Even with a draw on Sunday, Liverpool can finish on 90 points this season.

Wolves are out of Europe

With one game left in the season, Wolves are five points behind 7th-placed West Ham. This means they will be out of the race even for the third European tournament, Conference League.

Sandwiched by draws to Chelsea and Norwich, they lost heavily to champions-elect Manchester City. Wolves only won against Aston Villa in their last eight Premier League games.

It was also the season they lost to Premier League cellar-dwellers Norwich at home in the FA Cup. Bruno Lage’s side could even drop to tenth place if results don’t go their way on Sunday.

Liverpool only needed a single goal to collect three points in their last two away games at Molineux. The same would be enough for them to look for the news over Etihad Stadium. Diovck Origi scored the decisive goal in the reverse fixture in the 94th minute.

Klopp could restore the star names for one last time in the Premier League ahead of next weekend’s Champions League final against Real Madrid. But not all of Virgil van Dijk, Fabinho, Mane and Salah are expected to return to the field as Liverpool eye the big clash.

Ruben Neves is unavailable with a knee injury. Max Kilman and Matija Sarkic are also on the sidelines for Wolves.

Liverpool would look to finish their job early

The message of Klopp would be to kill the game as early as possible so that they can put more pressure on Manchester City. There has never been an incident of a team in second finishing top of the Premier League. And Man City have an experience of getting it over the line as they celebrate their historic first league title and the Sergio Aguero incident this week.