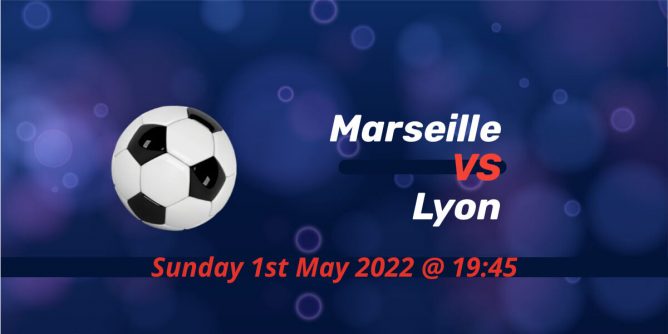 The Olympique derby will end this weekend’s Ligue 1 actions as Olympique de Marseille host Olympique Lyonnais. OM sit comfortably second in the standings while they’re also fighting for another European final. Lyon drifted on both domestic and continental fronts with their inconsistent performances seeing a feud between the top officials and fans.

In a scintillating atmosphere in Feyenoord, Marseille came from two goals behind before the half-time break, but they ended up losing the first-leg of the UEFA Europa Conference League semi-final 3-2.

Certainly, there would be a response of a big atmosphere in Velodrome, but Marseille need to best use their chances after Dimitri Payet’s excellent performance didn’t result in a win for rueful finishing from Bamba Dieng and co.

In the league, last weekend’s late win against Stade Reims put Marseille all but in the next season’s Champions League. But a game against Lyon is always a fiery one with the stories in their previous clashes.

Five-star Lyon was booed by their fans

Lyon scored 16 goals in their last four games, but they were having a tough time with the ongoing duel between Jean-Michel Aulas and the unsatisfied fans, especially after their exit from the Europa League.

Karl Toko Ekambi entered the duel against Montpellier as he gestured towards the fans to silence them after scoring one of the five goals, but it didn’t serve him well afterward as they also targeted the Cameroonian international.

Lyon’s last two home Ligue games also saw the attendance numbers at historic lows with the ultras boycotting their club’s matches to stress their distaste for the fact the club endured a decade without a title.

First clash had to be abandoned

Payet was hit by bottles early in the Groupama Stadium encounter as the match was abandoned. It was the second incident involving the former French international and crowd trouble. In the rescheduled fixture, under closed doors, Lyon came from behind despite playing without half of their first-team players. Xherdan Shaquiri netted a farewell goal before setting up Moussa Dembele for a sweet strike.

Konrad de la Fuente and Leonardo Balerdi aren’t expected to return to the side before the start of next season.

Maxence Caqueret is working on his return to full fitness. Meanwhile, youngsters Rayan Cherki and Sinaly Diomande are on the sidelines.

Lyon hope to close the gap with Europe chasers

Currently five points adrift of fifth-placed OGC Nice, Lyon could miss Europe altogether next season. After no Champions League football in two seasons, it could lead to more problems under Aulas. As for Marseille, they will play the game with no pressure and one eye on the return-leg against Feyenoord.