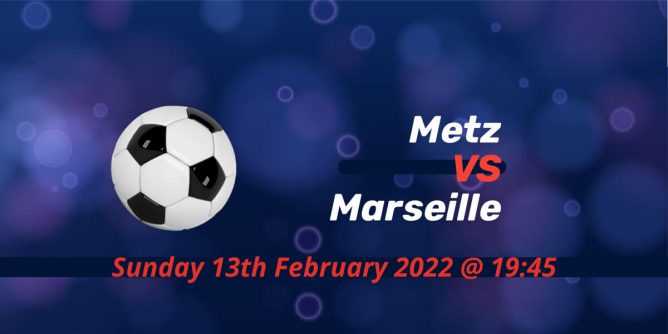 Metz and Olympique de Marseille will round off the 24th matchday of Ligue 1 action. Metz avoided defeat in three consecutive away fixtures, but they currently sit in the drop zone. Marseille faced another shock midweek as they were knocked out of the Coupe de France by OGC Nice.

Metz improved on the road, abysmal at home

Metz remained in 18th place after their recent bad run at home in Stade Saint-Symphorien. Their only home win of the season is the 4-1 success over Lorient as they collected six more points than at home in their travels.

The goalless draw against fellow strugglers Troyes stretched their unbeaten away run to three games. In the previous two away fixtures, Metz picked up a point against Lyon and beat Reims.

They only conceded one goal in these three games. But they already conceded 43 goals this season with Frederic Antonetti trying many combinations in the backline including the forced changes because of players missing on AFCON duty.

The match kicks off at 19:45 on Sunday 13th February 2022, and the entire match will be available on BT Sport.

In the night where Justin Kluivert, Amine Gouiri and Andy Delort all played magnificently well, Jorge Sampaoli has no answers for Christoph Galtier’s counter-attacking perfection in Allianz Riviera.

Just like in his meeting against Lyon last midweek, Marseille opened the scoring early in the game. And, with a cup game giving you small chances to turn up a result, Marseille seemed to be in early control.

But Nice deservedly secured a 4-1 win that put Marseille out of the cup. The result was also painful for the fans after what happened between the two clubs last year during a Ligue 1 encounter.

Goalless but entertaining in the first half of the season meeting

Metz deserved more than a point in their trip to Velodrome as they had the better chances in the game played on Sunday afternoon. Thomas Delaine hit the woodwork twice and Metz didn’t stop searching for a goal even after losing Jemerson to a red card ten minutes into the second-half.

Antonetti will have his full squad back as all the seven players going to Cameroon for the AFCON duty are now back to their club.

Sampaoli is expected to make changes to the midweek side as the fixtures came thick and fast for Marseille. They will also be in action on Thursday in the UEFA European Conference League.

Marseille set sight on another response

Sampaoli’s men responded well to the abysmal second-half at Lyon and went two goals down to Angers. They netted five goals with Arkadiusz Milik scoring a hattrick in a 5-2 win last weekend. Now they also need to get back to winning ways quickly after a miserable night in Nice on Wednesday. Metz is in the middle of one of the most enticing relegation fights as no team is yet given up.