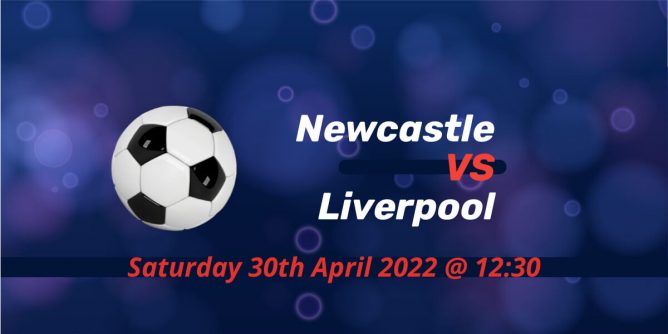 Liverpool target to continue their winning streak when they host Newcastle United in the first Premier League game of the weekend. The Reds get their one leg into the Champions League final with a dominant win against Villareal on Wednesday. Newcastle won ten games since the turn of the year in the Premier League.

Newcastle climbed to the upper half of the standings

Not only have their relegation fears disappeared, but Newcastle is now closer to European places than the bottom three. Eddie Howe managed to put aside the early season struggles in the first few months of 2022.

They’ve won 10 games so far in 2022 including maximum points in the last three rounds. Newcastle is unbeaten at home in this timespan with their last defeat in the St. James Park recorded against Man City last December.

Howe’s side collected maximum points in their last six games at home. Their January signing and Brazil international Bruno Gumiares netted his fourth goal against Norwich last week with his countryman Joelinton, playing as a lone striker, completing a brace in a 3-0 victory.

Patient Liverpool down the Yellow Submarines

It was classic one-way traffic in Anfield as Unai Emery brought the tactic that worked at Allianz Arena in the first-leg of the Champions League semi-finals. And it seemed to give them a chance for next week’s return-leg before two quickfire goals.

The deadlock was broken when skipper Jordan Henderson’s effort took a wicked deflection off Pervis Estupinan. Two minutes later, the lead was doubled with Sadio Mane netting another crucial goal for Liverpool.

Villareal will need to bring a different plan at home against the mighty Liverpool. Jurgen Klopp’s boys are still fighting to end the season with a quartet. They already won the EFL Cup and reached the FA Cup final.

Liverpool are unbeaten in the last ten against Newcastle

6 wins and 4 draws. Liverpool avoided defeat in their last ten meetings against Newcastle. Former Red Jonjo Shelvey opened the scoring in their game earlier this season, but Liverpool quickly turned the tables with two goals before the half-hour mark. Liverpool ended up winning the game 3-1 in mid-December.

Kieran Trippier and Callum Wilson are doubts for Newcastle with injuries.

Liverpool can make more changes to the side once again on Saturday with Divock Origi entering the frame once again with a derby goal.

A clash of two in-form sides

Both sides have been sensational since 2022 kicks in, but Newcastle is now under no pressure as they’re busier with the squad planning for the upcoming season. It’s all up for grabs in Liverpool’s yards, however. Liverpool will travel to Villareal on Tuesday for the all-important second-leg of the Champions League semi-final.