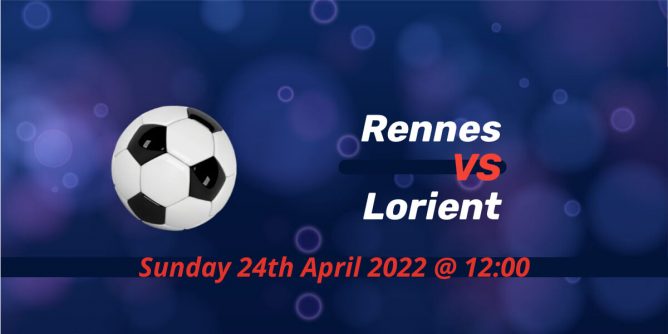 After their contrasting midweek, Rennes host Lorient as the two sides battle at the two ends of the table. Rennes lost their sight in the fight for Champions League as Strasbourg and Monaco are now level on points with them. Lorient clinched a priceless late victory against Metz.

If Rennes collected maximum points against Strasbourg and Monaco in their last two games, they would have been sitting second in the standing ahead of Olympique de Marseille in the virtue of goal difference.

But the two defeats now mean Rennes has the same points as the two clubs with only one Champions League qualifying round spot reserved for the chasers. They might not be the biggest losers in recent weeks as OGC Nice, but Rennes missed a chance to consolidate their excellent form.

Before picking up a point per game in the last four encounters, Rennes equaled their best streak with five wins in the row. It was not a bad result to draw at Nice after that, but defeats to the two rivals leave the competition wide open.

Lorient showed a fight against Nice on Sunday, but Andy Delort was the man of the hour with two second-half goals. But Christopher Pellisier’s side returned dramatically back to winning ways on Wednesday.

Dango Ouattara, who entered the game five minutes before the end of normal time, secured the win for Lorient with an injury-time strike for a career first Ligue 1 goal in impeccable time.

It wasn’t as glamorous as their 6-2 win over Saint-Etienne, but Lorient further placed themselves out of the drop zone with another three points in the bag. And it also meant Metz is looking doomed in their fight more than ever.

Rennes is unbeaten in the last five vs. Lorient

This will be the third meeting between the sides this season. Rennes won the Ligue 1 fixture away from home thanks to late goals from Gaetan Laborde and Jeremy Doku. Youngster Warmed Omari is the only scorer when they clashed in the Coupe de France back in December.

Loic Bade returned to the squad on Wednesday, but Rennes are still missing goalkeeper Alfred Gomis and wingers Doku and Kamaldeen Sulemana.

Lorient have a full squad to choose from for the trip to Rennes.

Rennes expected to recover from the recent blip

Scoring their 70th goal of the season at Strasbourg wasn’t a cause of celebration for Rennes. Despite their flamboyant football, they failed to provide consistent performances. And their defense has been a mess in recent weeks as they conceded five goals in the space of as many days. Lorient are seven points clear from the automatic relegation spot.