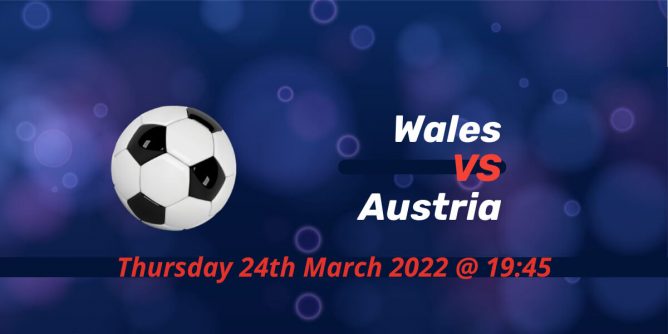 Wales and Austria met in a World Cup qualifier for the third time in their history. Wales ended their earlier qualifying campaign behind Belgium in a tricky group. Austria booked their place thanks to a magnificent Nations League appearance.

Wales continued their improvement in the qualifiers

Wales was one of the teams that caught attention in the Euro 2020. For the second successive Euros, Wales qualified from their group stage. They quickly catch up with modern football after their return to big tournaments since the 1958 World Cup.

After starting their qualifying campaign with a 3-1 defeat at Belgium, Wales enjoyed an unbeaten group stage. They beat the Czech Republic for an automatic place in the playoffs as the second team in the group.

But they struggled for goals in their final few games of 2021. Apart from netting five against Belarus, Wales relied on their stingy defense to get the results before ending the group stage with a brilliant 1-1 draw against Belgium.

The match kicks off at 19:45 on Thursday 24th March 2022, and the entire match will be available on Sky Sports.

Austria was saved by their excellent Nations League

One of the notions behind the UEFA Nations League, besides opening the playing field for competitive football, is that it gives teams a second chance to qualify for final tournaments via the playoff.

Austria is the team to vastly benefit from this new competition. They were superb in their Nations League campaign back in 2020 as they finished top ahead of teams like Norway and Romania.

And their World Cup qualifying run has been disappointing. Austria also did well in Euros as they pose a serious challenge to the eventual champions Italy, but they finished fourth in their group stage of the World Cup qualifiers.

Ten previous meetings between the nations

Wales is unbeaten in their last three games against Austria. But, overall, Austria has more wins in this fixture as they await their 11th head-to-head clash. The teams have been previously seeded three times together in tournament qualifiers including twice in a World Cup.

Gareth Bale was omitted from Real Madrid’s squad at the last minute due to a back problem. But he’s now joined Wales’ national team as he is the leader of the side. Aaron Ramsey also had fitness issues, but he’s now fully fit and scored in the weekend for his new club Rangers.

As usual, Austria named a side mostly based in Germany’s Bundesliga. Sasa Kalajdzic had a good 2022 with Stuttgart while the three Hoffenheim stars would also play a pivotal role for Franco Foda’s side.

Wales with the home advantage

This could be the one fixture out of the four first-round playoff meetings to go all the way to penalties. While Wales has the home advantage, Austria has the better squad by a very small margin. And, for a scarcity of international football, the two sides already met multiple times over the years in different qualifiers.